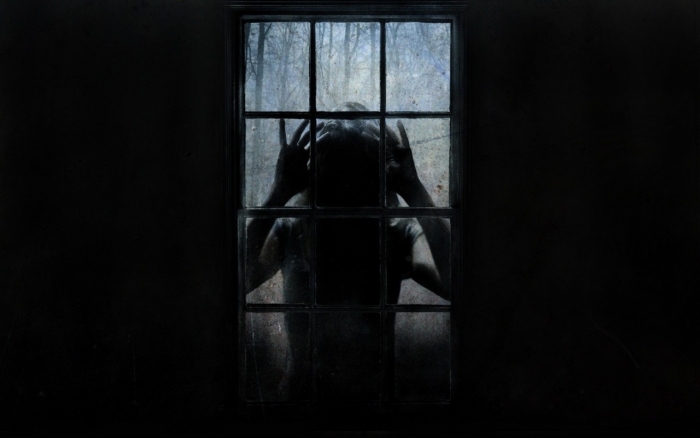 Ghost in the Alley

Ghost in the Alley

Rumors were rife about the alleyway behind the tavern. It was haunted, folks said. Haunted by the ghost of a young girl who had been found murdered in that self-same passage. People avoided the small street after dark, for the spirit was said to be a vengeful one. Of course, no one could name anyone whom the ghost had actually killed, but the tales were enough to keep people away from the alley at night.

Fortunately for the owners of the tavern that backed onto the alley, their front door faced a well-lit road and so business was not slack.

Then one night, while the tavern was full of drinkers, a nasty character named O’Hare wandered into the bar. Women and children were not safe in his presence, but especially not women.
After O’Hare had consumed far too much alcohol, he suddenly announced to the bar that he’d seen a pretty young thing in the alley out back of the tavern. The bartender froze in the middle of polishing a glass, and the men around the bar exchanged covert glances. No one said a word, but everyone was thinking about the ghost of the vengeful young girl. Everyone in the bar looked down at their glasses as he stumbled to his feet. No one made a move to stop him, and there was a quiet air of “he deserves what’s coming to him” about the bar as O’Hare left the building. It’s just too bad that there isn’t really a ghost, thought the bartender, setting down the shining glass and picking up another one to polish. O’Hare sorely needed a lesson in human kindness and respect for others.

At that moment, a horrible scream came from the alley. Everyone in the tavern looked up in shock and fear. Had there really been a ghost out there? Or was O’Hare up to his old tricks and even now accosting one of their womenfolk?

The men leapt to their feet and raced to the back door of the tavern. Pouring out into the street, they were met by an unnatural cold, and their eyes were dazzled by a blaze of light.

The bartender thrust his way to the front of the crowd and saw the body of O’Hare lying in a pool of bright white light. His throat had been torn to pieces, and blood was spilling out in gushes. Above him hovered the semitransparent figure of a young girl, her eyes gleaming with red fire, her mouth covered with blood. She glared down at O’Hare and then turned to look at the crowd. The specter licked the blood from her lips thoughtfully, her eyes on the bartender’s neck. Then she vanished, taking the light with her. At their feet, O’Hare gasped out his last breath and died.

The local authorities were summoned to deal with the body of O’Hare. Though skeptical at first, they were finally convinced, since there had been so many eyewitnesses who had seen the ghost hovering over the dying man.

The bartender resigned his position the next morning and took a job across town, the memory of the ghost’s hungry stare at his neck prompting him to look elsewhere for employment.